Nestled in the heart of Europe and the Mediterranean, Montenegro is a part of the Adriatic coast, in the southwest region of the Balkans.
The country shares borders with Croatia, Serbia, Albania, Bosnia and Herzegovina. Italy is to the West, across the Adriatic Sea.

Exotic landscapes do not always have to be far away and difficult to approach. In the heart of the Adriatic coast of Montenegro, Budva is awaiting you and your unforgettable holiday is yet to begin.

The coastal area around Budva, called Budva riviera, is the center of Montenegrin tourism, known for its well-preserved medieval walled city, sandy beaches and diverse nightlife. Budva is 2,500 years old, which makes it one of the oldest settlements on the Adriatic coast.

Budva is situated along the central part of the Montenegrin coast soaked in sunshine and surrounded by the beauty of nature.
An adventageous geographical location and mild climate created hospitable conditions for the early settlement in the Budva region. Budva riviera covers an area of 122 sq.km.
Along its 25km of coastline lie some 17 sandy and pebble beaches, stretching from Trsteno and Jaz in the north all the way to Buljarica at the very south. Surrounded by a massive and spectacular mountain range, Budva is protected from the strong northern winds.

The region of Budva enjoys typical Mediterranean climate. The winters are mild with plentiful rain, while spring, summer and most of autumn are dry. Budva is placed at the very top of the most desired tourist destinations in the Mediterranean.

Today, Budva is a castle-cum-theatre, and the stage for many theatrical events. During the summer time number of visitors increases one hundred-fold. This is also a place which adopts to visitors, and more then that – it liberates them. Budva helps us find out who we are, to whom we belong and where we are from.

The town citadel is situated on the southern tip of the city. Originally known as Castle of St Mary, fortification was continually rebuilt and expanded through Middle Ages, reaching its final form during the Austro-Hungarian rule. The sea-facing 160m long ramparts of the citadel, complete with eastern and western towers, are intricately connected to the rest of the city walls. Austrian stone barracks form the most prominent structure within the castle, separating the citadel from the rest of the walled city. Ruins of the Santa Maria de Castello church, after which the entire complex was originally named, are located within the citadel

A large public square is located to the north of the citadel, containing all of the churches of the old town - St. Ivan church (17th century), Santa Maria in Punta (840 AD), and  The Holy Trinity church (1804). 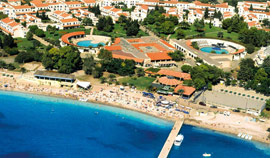 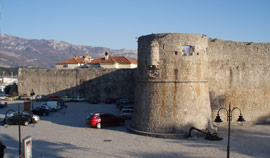 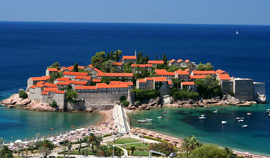 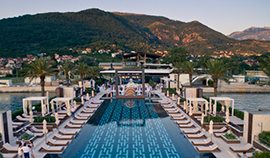 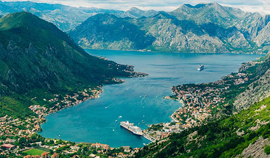 Bay of Kotor, Montenegro
Show on map
33.4 km from property
Get Directions 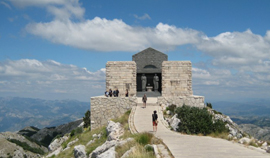 Cetinje, Montenegro
Show on map
50.8 km from property
Get Directions 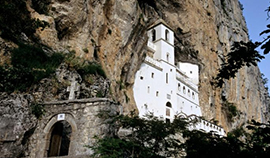 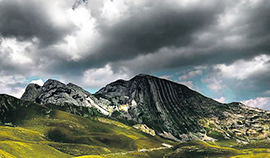 How to get here

Situated in less than 5 min walk to the nearest beach and up to 10 min walk to the Old town, newly built hotel Villa Gracia offers modern and sophisticated accommodation, with private parking and high standard service